In August of 1991 the family of Vicki Lynn was bestowed one of the greatest tragedies our family has had to endure.

Vicki Lynn was stalked, kidnapped, raped and murder by James Good, a previous boyfriend of Vicki.

James Good was arrested, charged and was scheduled to go to trial for that murder and was facing the possibility of a death sentence.  The District Attorney, in order to save the taxpayers of Texas the expense involved in prosecuting the case agreed to a plea bargain,  which allowed Mr. Good to plead guilty and be sentenced to a 35 year term.  Because the State of  Texas allows early parole of convicted felons, we, the family of Vicki Lynn, come before you now to plead for your help.

The release of felons on parole in Texas is made by a review board which reviews the merits of the case along with consideration of responses it receives from the family and anyone else, (YOU), who have an interest in the matter that this offender is being considered for parole.  We beg you to take an interest, and express your objection to this early release of James Good.

Texas only allows a short time to respond to their notices of consideration of Mr. Good for parole.

Please take immediate action and write your comments and protests to this early release of  James Good at this time.

Please address your letters to:

Please include the offender's name and ID numbers within your response.

The review process takes from two to six months to be completed.  Status of this review and all future reviews will be posted on the REVIEW page of this web site as they occur.

The family of Vicki Lynn wish to  Thank You!  for your immediate response
to this request. 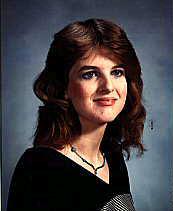 Under Texas law, this offender must accumulate credit for one-forth (1/4) of the thirty-five (35) year sentence before he will be legally eligible for parole consideration.

The Family of Vicki Lynn Carr-Stover